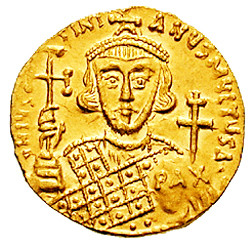 What’s peculiar is how superficial the election seems. Left and Right pretend to disagree on economic strategy, while maintaining the Welfare State by public indebtedness. The Conservatives cut more, while Labour borrow more, but neither can kill the Blob. The Blob must be fed! Too many voters depend on the Blob, and not just obvious ones like retirees and the unemployed.

We have a kind of prosperity, which is built on the City and on personal debt and public debt. 8 years after the Crash, the economy is on a natural uptick, as part of the cyclical Boom-Bust cycle. So the public is quite tranquil.

However, take away the City and property investment and there’s not a lot going on here. Wages are historically low, while rents are sky-high. The next crash could bring riots.

Messers Cameron, Clegg and Milliband are very similar physically and culturally. They are of the same class. Their backgrounds are upper-middle-class and superficial, so they can’t connect with the lower classes in a convincing manner.

The other parties are single-issue. One or other will likely hold the balance of power post-election. They will become tainted by association with the bigger party. They will get a taste of power, like it, and start compromising. This will be good for Britain, as no party will be able to impose bad legislation by fiat. Unless the proposed law is consonant with the current zeitgeist.

The problem is that people can’t reason well any more, either individually and collectively. The current zeitgeist is high on emotion and low on logic. Example: Same-sex ‘marriage’ would have been thought not only evil, but insane and stupid, 100 years ago. Not in 2015!

“Societies think their hearts are softening, when in fact it is their heads.” Within 30 years we’ll probably have an economic crisis, followed by social collapse, followed by totalitarian government, followed by revolution, followed by external attack.

The cure for all of this: a truly Catholic society. Its ethos would instil spiritual solidity and material diffidence in the public, while granting the graces necessary for ordinary material success.

A small country can out-perform a much larger one, if its ethos is right (and righteousness is its ethos!)