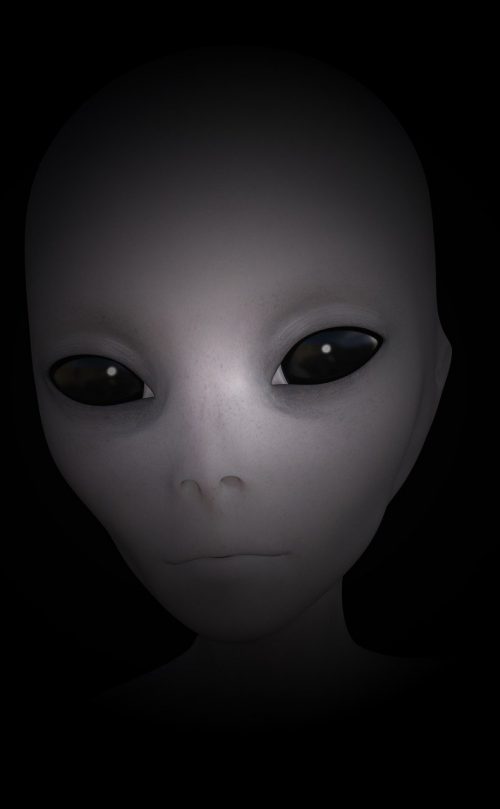 Aliens tend to have the following qualities:

These are the traditional characteristics of demons.

It would be lovely to think that benevolent aliens from distant planets walk among us, except they behave too much like man’s oldest foe.

So, mortal men, beware! Some instances of UFO phenomena may simply be the demons of Hell taking advantage of a modern fixation; Godless people are more comfortable with the idea of aliens, so they give the public what it wants. In the background, one or more central tenets of Christianity are denied and so the credulous go to Hell when they die.

The fool thinks he is being initiated into a great secret. The wise man knows that this is merely an update on an old lie: “You shall be like God!”

The trick is, the knowledge will make your life worse long-term, not better. You give away your liberty, life and soul for nothing.

That said, based upon my reading of some very unusual websites, if there are truly independent, corporeal alien entities in our midst:

Reptilians and Greys are obviously out to subdue and enslave us and use us the way we use cattle. The rest need to be closely watched and judged on their behaviour, over time.

A crook can conceal his true self on day one. After months of acquaintance, the mask will slip, once, thrice and three times is the charm. Sadly, his victims often refuse to notice, as the realisation would be painful.

Politicians and entrepreneurs think they are clever. They never seem to deduce that there could be more than a few entities on our beautiful, desirable blue bauble that are a good deal smarter and more brutal than they are, and who covet our rich planet badly.

The indians of the New World gave away America to people like that. The Indians of the old world couldn’t see that the English were supporting the weak against the strong, and then took over completely.

We can see that is it likely that most planets in the universe are dead. How valuable then is our home? What would alien beings do when they find it?

PS: On some of the websites I’ve read it’s claimed that tyrannical aliens were forced off-planet in 2013. One reason is that, more charitable aliens felt that their actions were too destructive and not aligned with a/the long-term ‘cosmic agenda.’ If true, then good. The stories I read were utterly diabolical. The Reptilians & co were not just harming humans physically, they were harming them spiritually, by psycho-technical methods. Absolutely vile.

PPS: A UFO sighting can fall into one of the following categories. If you limit your categories, you miss hypotheses:

– A lie.
– An hallucination.
– A natural aerial phenomenon misidentified.
– A common artificial human creation: light glinting on an aeroplane, a satellite or a mylar balloon.
– An uncommon artificial human creation: a new type of aeroplane or spacecraft which has not yet been publicised.
– A secret, human, highly-advanced space-capable ‘black’ project.
– An alien spacecraft.
– An alien interdimensional craft.
– Mere demonic activity designed to fool the humans into disbelieving Christ once more.

* Not all devils are subterranean. There is a class that are known to occultists as ‘demons of the air.’

** There are reports of 20th century governments making deals with ‘aliens’ in return for technical knowledge, usually weapons-based.