Home / religion / If He Will Not Recant Or Be Silent, He Must Be Desposed

Pope Francis is a heretic.

The function of a pope is to proclaim and defend The Faith, as passed on from our forefathers. The pope is a bishop. No bishop has a right to change established doctrine. A religion points to the eternal, not mundane passing fashions. For its staff to proclaim novelty is a basic error.

A pope is a prisoner of tradition. He has no right to proclaim new doctrine or to modify old doctrine. Modern Catholics have confused the doctrine of Papal Infallibility with ‘Impeccability’ and ‘Creativity’. They believe that the pope is the ultimate arbiter of what we believe.

He is not, and he can’t be. God is! And He has proclaimed our Faith through the saints of the Catholic Church and in the person of His beloved Son, Christus Dominus Noster.

When a previous pope proclaimed the doctrine of the Immaculate Conception, he was merely formally stating what most Catholics already believed and which was confirmed in an approved private revelation by the Blessed Virgin Mary herself.

Pope Francis has stated publicly, as a footnote to the document Amoris Laetitia, that it is permissible for the divorced and remarried to receive Holy Communion. He has confirmed this interpretation in a letter sent to South American bishops.

Someone cleverer than me stated that this throws a bomb under the sacraments of Communion, Confession and Holy Matrimony.

When offered correction about his errors, he has refused to recant.

He has presided at an instance of pagan worship in the gardens of the Vatican.

He has caused a pagan offering to be put on an altar in a Roman church. The following are not heretical acts or statements themselves, but point to the character of the man and the validity of his holding his office:

– He promotes and surrounds himself with churchmen of low character.
– He refuses to condemn obvious criminals within the church itself unless he has no other choice.
– There are doubts about the validity of his election.
– There are doubts about the nature of the resignation of his predecessor.
– He attacks obviously faithful persons and institutions.
– He seeks the approval of non-Catholic persons and institutions.
– He will kneel down and kiss the feet of non-Catholics but will not genuflect in front of the Blessed Sacrament at Mass. – He has approved a deal, whose terms are secret, with the communist state of China, which has had the effect of regularising the state-approved-and-controlled overground church, while undermining the underground Church.

– He rejects trappings of his office, but in this, he has outsmarted himself. He is saying to the world: ‘I am not a pope as my predecessors were’ i.e. ‘I am not pope.’

Significant: he rarely utters the names of the Lord God, The Lord Jesus Christ, The Holy Spirit or The Blessed Virgin Mary in public, or proclaims and defends Catholic doctrine.

The World is very pleased with him, but traditionalist Catholics are not.

I have read that he is a Peronist-style politician, wherein The Leader can do as he sees fit, appealing to the masses, while disregarding the law.

He will first placate one side, and then the opposing side, seeming to care about The People, while all the while advancing his pet causes.

He will invite criticism from those below him and note those who actually offer it.

He is using an old trick: ask for something outrageous, walk it back if there is too much initial opposition, but advance the cause as far as it can go at that time, sending a message to those who wish to heed it where he is really going, while not changing doctrine ‘officially’. Then move a bit further later on.

The message has been sent: He will look the other way if you follow the course he has hinted to you. If you do that, he can still maintain ‘plausible deniability’; nothing has been ‘officially’ changed. You, if you go along with his hints, are still liable for the blame that accrues: ‘You did it of your own free will.’

Bishop Bergoglio can offer the occasional sop left and right when he becomes afraid of the tumult his statements and actions cause, but it is easy to discern his true, long-term direction. Leftists, heretics and sodomites take heart and get to work in their dioceses, while true Catholics who object to the changes are beaten over the head with notions of ‘obedience’ and schism.

Thus the Belief is Catholic on paper but the Practice is Protestant.

Prediction: if he is not deposed, and if his health does not fail, he will engage in more and more damaging acts to the Faith until anyone capable of basic reasoning wishing to follow the true path to Heaven, Catholicism, will have to make a choice:

Follow Francis, and be a protestant, and go to Hell, or follow the few pious bishops who do not capitulate, up the stony path to Calvary.

I see his election as the culmination of 2000 years of heresies, come to a head in our diabolical era, in one man.

We may thank God that He has made it so that any Catholic who understands the basics of Christianity can now make an obvious choice to reject Francis and what he represents: the perpetual desire of the proud man to please himself and not God, to compromise on Faith and Morals and thus to be loved by the World. 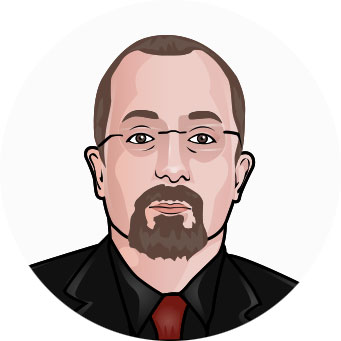