Home / politics / Will The Real Joe Biden Please Stand Up?

I recall reading that Joseph Robinette Biden had cosmetic surgery. Also, his hairline is not natural, based on photos of him as a younger man.

That said, you can make the case that none of the older men in the picture below are the same man. 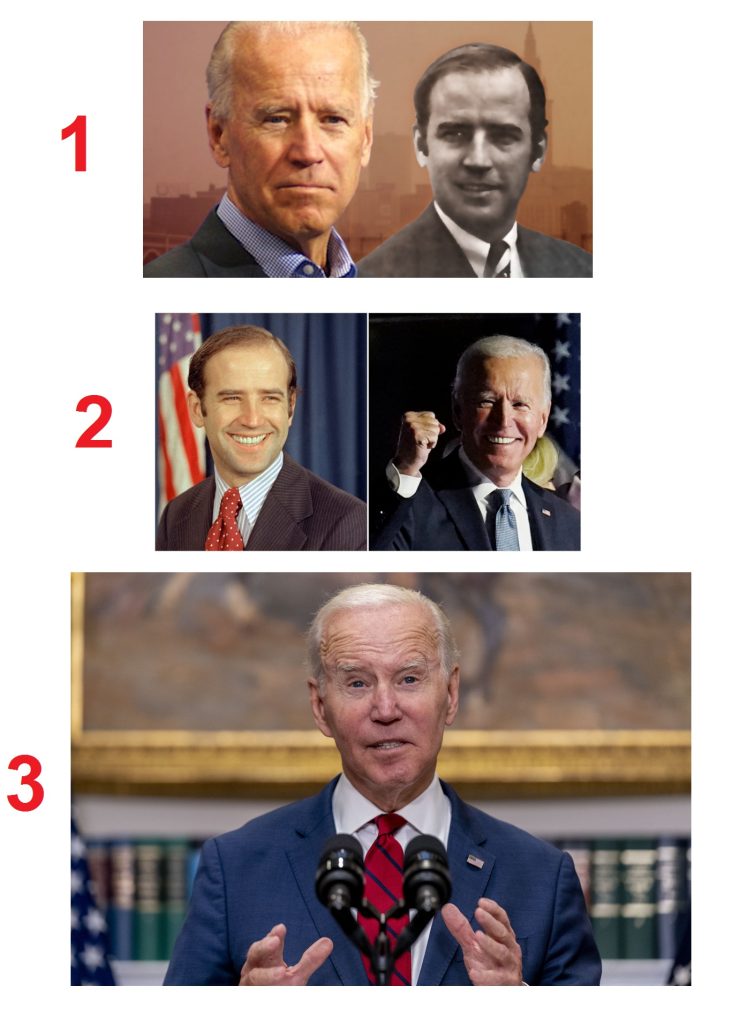 PS: He has had brain surgery in the past, for an aneurysm. Added to his age and other personal weaknesses, he should not now have a responsible job.

– If Donald Trump had behaved the way Joe Biden does in office, we’d never hear the end of it.

– If one of Donald Trump’s children were as corrupt as Hunter Biden appears to be, we’d never hear the end of it.

– Donald Trump has been hounded like a forest boar, for years, and nothing has stuck, but we’ll never hear the end of how bad he is.

But of Joe Biden’s foibles, we hear nothing.

As I write this, I find I am still shockable by how complete the silence is. All popular newspapers are now not fit to line a budgie cage. TV news reports should be re-categorised as drama. They do not tell us the facts; they tell us what we should think before the facts are established.

At the time of writing the media is saying the Russians sabotaged their own gas pipeline. This is ludicrous, when Biden stated in February of this year that he would do it if Russia invaded Ukraine!

That’s the end for me. When I look at BBC journalists making po-faced statements about major stories I laugh, now.

Journalists used to have a sheen of impartiality when I was young. That’s all gone.